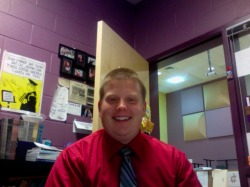 Mr. Brad Oyer is a 1999 graduate of Pickerington High School.  After high school, he attended Bowling Green State University, graduating in 2003 with a Bachelors Degree in Music Education.  In 2007 he graduated from VanderCook College of Music with Masters Degree in Instrumental Music Education.

When he is not at school, Mr. Oyer is very active in the music program and missions at his church.  He sings in the chancel choir, plays trumpet in the orchestra and brass ensemble, directs the youth and adult hand bell choirs, and has been on many work camps within Ohio and Alaska. 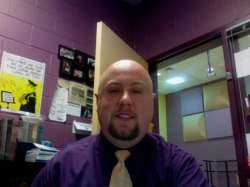 He began his music career at Kenton City Schools as the assistant band director under Mr. Steve Ganger. He then was hired at the Ada Exempted Village Schools as Director of Bands where he led the Ada High School Marching Bulldog Band to the Walt Disney World Resort in Orlando Florida, the Vermillion, Ohio “Great Wolleybear Festival Parade”, Allen East Band Spectacular as well as leading them to many community and civic events. Mr. Ruhlen also was the director of the Ada Varsity Singers Show Choir back-up band and directed the Ada High School/Community Jazz Band and the Ada High School Pep Band. He has most recently accepted a teaching position as the Director of Vocal Music at the Mechanicsburg Exempted Village Schools.

Aside from his teaching experience Mr. Ruhlen has also been involved in the drum and bugle corps activity extensively as well as appearing as a guest soloist and artist with many performing ensembles in the Greater Columbus Ohio Area and is pursuing a graduate degree in Curriculum and Educational Technology Administration from Ball State University in Muncie, IN. 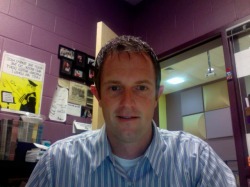